You are here: Home>Articles>Significant People>The Osborne Collection of Children’s Books

The Osborne Collection of Children’s Books

The world famous Osborne Collection of Children’s Books in Toronto has an important link with Christchurch and Bournemouth. It belonged to  Edgar Osborne (1890 – 1978), who was born on the 23rd March 1890 in the Parish of Christchurch, in what is now the Winton area of Bournemouth. His father Albert was a letter carrier and had married Louisa Jane Hall in 1888. They had three children, Lillian a year older than Edgar and Herbert two years younger. Edgar’s grandmother, had been a teacher at a Dame School and it was she who encouraged Edgar’s love of books by sharing her collection with him. He attended St. Paul’s School in Bournemouth, which was knocked down in 1985 to make way for the bus and coach station and the construction of the Wessex  Way.

Edgar left school at the age of eleven and spent six years studying at home using the books from his local library and attending evening classes. He became a student librarian at the old Bournemouth Library near Horseshoe Common from 1903 until 1913, after which he went to work at Sheffield City Library. When World War I broke out he joined the army and served in France, Salonica, Greece, Egypt, Palestine and Jordan. He survived with only minor injuries but his younger brother was wounded in France and died from his wounds on the 9th April 1918 aged twenty six.   After his return to England, Edgar went back to Sheffield and married Mabel Jacobson, a Shakespearean actress, in August 1918. He worked at Sheffield Library until 1923, when he was appointed County Librarian of Derbyshire with a staff of two assistants and a stock of twelve thousand books. On his retirement in 1954 the service had a staff of one hundred and sixty-five, nearly a million books, eight mobile libraries and forty two branches. 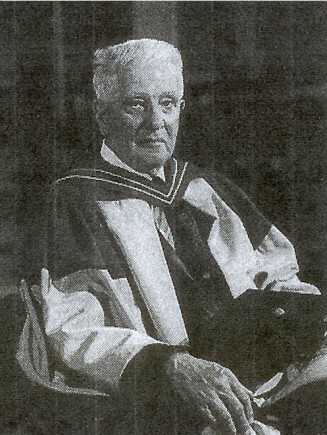 During his time as County Librarian he became particularly interested in library services for children, and was an authority on the books published for them during the last four hundred years. Mabel, his wife, shared Edgar’s interest in children’s books and together they began to collect books which they had enjoyed as children. Edgar’s grandmother’s collection of books were still at the family home in Bournemouth.

After attending a conference of the American Library Association in 1934 as a delegate of the Library Association of Great Britain, Edgar and his wife paid a visit to Toronto where they met Lillian H. Smith, the head of the children’s library services that she had organised in 1912. They were very  impressed by the Boys and Girls House, a unique centre, for the study of children’s literature. Also by the network of children’s libraries throughout the Toronto Public Library System.

Following the death of Mabel in 1946, Edgar decided to offer their collection of about 1,800 children’s books to the Toronto Public Library as a tribute to Lillian Smith and as a memorial to his wife. The collection was offered on condition that it would be augmented, maintained as a unit, housed adequately and accessibly, and that it be staffed by a children’s librarian. These terms were agreed and the collection was officially presented on the 14th November 1949.

The collection was housed in the Boys and Girls House until 1963 when it was moved to a modern low-rise building. However this has now been replaced by a state-of-the-art building designed by architect Philip H. Carter. The Osborne Collection is to be found on the fourth floor in a room which is specially lit to preserve the collection.

The collection illustrates the development of books for children over four hundred years up to 1910, the oldest book being a 1506 copy of Aesop’s Fables. Other books found in the collection include fifteenth century traditional tales, sixteenth century school texts and courtesy books, Puritanical religious works, eighteenth century chapbooks, moral tales, instruction books and Victorian children’s classics such as Charles Kingsley’s The Water Babies. There is also a 1743 edition of the very influential The Pilgrims Progress. Among the books written and illustrated by Beatrix Potter are privately printed editions of Peter Rabbit and The Tailor of Gloucester.

Adventure stories, such as Edgar’s favourite Robinson Crusoe, school stories like Tom Brown’s Schooldays and books of fun and nonsense such as Old Mother Hubbard and Her Dog and A Book of Nonsense by Edward Lear, form part of the collection. Among the many treasures in the collection is the child library of Florence Nightingale. If Edgar and his wife had not been so diligent in building up their collection some of the books would have been lost forever.

From an early age Edgar was interested in the countryside and while living in Derby he became a vice-president of the Derbyshire Archaeological Society. He was also editor of the “Derbyshire Countryside”. After his retirement he spent three years as honorary librarian to the Marquis of Salisbury at Hatfield House, Hertfordshire. In April 1957 he married Kerstin Munck Af Rosenschold a librarian from Lund in Sweden.

His contribution to librarianship was recognised in July 1958 when the University of Nottingham conferred upon him the Honorary Degree of Master of Arts.  In June 1970 the University of Toronto honoured him as a civic benefactor by conferring on him the Degree of Doctor of Laws, honoris causa, “to celebrate the prescience of the pioneer, the discoveries of the timeless researcher, the wisdom of a generous donor”. The small boy from Bournemouth who recognised the value of children’s books had travelled a long way during his life-time and his books found a prestigious home.

Edgar died on the 24th November 1978 at his home in Morley, Derbyshire, and many of his papers are stored in the archives of the Derbyshire Record Office.

The Friends of the Osborne and Lillian H. Smith Collections was established in 1966 and welcomes members from all over the world.Information about the society can be found on www.tpl.toronto.on.ca.    The British Branch of the Friends is the Children’s Books History Society. Over the years the Osborne Collection has grown and now contains 80,000 items, including books, book related art, toys, games, manuscripts and ephemera.