You are here: Home>Articles>Buildings in Christchurch>Rise and Fall of Waterford Lodge

Rise and Fall of Waterford Lodge 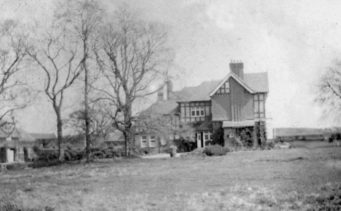 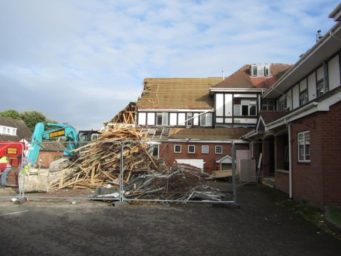 Waterford Lodge after Demolition in 2014 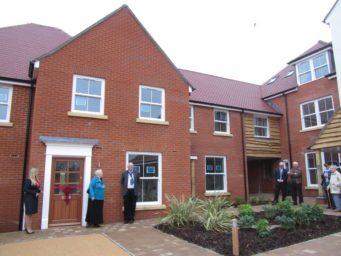 Waterford Lodge Finished and opened by Mayor of Christchurch in 2015 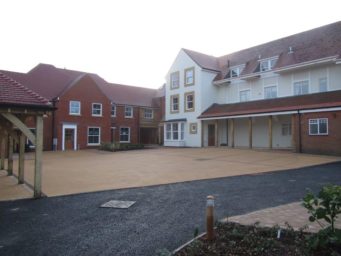 A Christchurch Home of the Elite

Waterford Lodge appears to have been built sometime in the 1890’s. In 1897 the occupant was Zoe Virginie Guinness, nee Nugent, the widow and second wife of Claude Hume Campbell Guinness from the famous Guinness Brewers of Dublin, Ireland. Zoe and Claude were married in locally in 1892, they had one daughter Grace Zoe born the following year at the family’s Irish home at Knockmaroon House, Co. Dublin. In the summer of 1894 Claude Guinness, the Managing Director of ‘Guinness’, retired from the business owing to a complete breakdown in his health, he died in the spring of the following year.

‘Mrs. Claude Guinness’ as she was thereafter known returned to Christchurch and took up residence at Waterford Lodge, very handy for being near her parents, Albert Llewellyn Nugent 3rd Baron Nugent (of the Austrian Empire) born in India and Elizabeth Baltazzi born in Turkey; they in turn lived at the Beacon Lodge House a substantial building on the cliffs at Highcliffe – which is another one of the houses in and around Christchurch that has disappeared over the years.

In the late 1890’s Zoe Guinness would leave Christchurch for a month or two a year and let out the furnished house, which was of some considerable size, being described as “Being in the most beautiful part of Hampshire, a charming country residence with every newest convenience; beautiful view over the sea and the Isle of Wight, one mile from Christchurch; contains three reception rooms, nine bedrooms, bathroom (hot and cold water) kitchen & usual offices, housekeeper’s room.  Highest class modern sanitation, good stabling for three horses and coach house.  Charming grounds with beautiful old trees, walled kitchen garden, plentifully supplied;  private path to the sea and excellent bathing and boating; within a short distance of the New Forest and the most perfect cycling country.”

At the time of the 1901 Census, Zoe Guinness was in residence at Waterford Lodge, together with Marjorie Guinness, Claude’s daughter from his first marriage, her own daughter Grace Guinness and four domestic servants.  In 1907 it is well known that the Kaiser Wilheim II stayed at Highcliffe Castle for three weeks at the end of that year.  The Kaiser, who knew the family at Waterford Lodge, walked over from Highcliffe Castle to call on the lady of the house; unfortunately he was not expected and she was out. There is a story that the maid at the house offered him a cup of tea which he refused.

In 1909 the marriage of Marjorie Guinness to the Hon. Alexander Russell took place at the Guards Chapel, Wellington Barracks, a son of Lord Ampthill related to the Dukes of Bedford. In 1911 Waterford Lodge was occupied by the Zoe’s Guinness’ niece and nephew, the young children of her sister Florence and Michael Culme-Seymour, son of Admiral Sir Michael Culme-Seymour.  The children were accompanied by a nurse and four domestic servants.  The Lodge certainly ‘entertained’ its fair share of the aristocracy, Zoe obviously was used to moving in the best circles being connected to many titled families.

During the war years Zoe’s daughter Grace married her cousin Robert ‘Oliver’ FitzRoy, himself related to the Dukes of Grafton, who became the 2nd Viscount Daventry of Daventry in 1962.  And what became of Zoe Guinness the first ‘elite’ lady of Waterford Lodge?  In 1922 Rochester Cathedral saw her marriage to the elderly widower the Rt. Hon. John Manners of nearby Avon Tyrrell, 3rd Baron Manners connected to the Dukes of Rutland, he unfortunately died in 1927 leaving Zoe once more a widow; thirty years later she herself died in London.

Waterford Lodge, the house that had been where the rich, titled and famous entertained and lived, eventually became a hotel which in the 1980’s gained a wing of retirement flats. It met its end and bit the dust during the last months of 2013, just leaving the flats standing. The demolition was not without its problems, one being that the original cellars took more time and effort to be disposed of than was originally thought! Buildings were a lot more substantial in Victorian times!

In late 2013 the old house, the hotel which had by then become very run down, was demolished to make way for seven new homes which have now been completed; the then Mayor of Christchurch, Mrs. Denise Jones, officially opened the site on 20th February 2015.   The new houses sympathetically blend in with the wing of the flats which in turn echo a distant memory of the original house.

The name of the old house has not been lost, an important point for those interested in retaining connections with the rich history of the Borough of Christchurch, the flats are still called ‘Waterford Lodge Flats’ and the houses are titled ‘Waterford Mews’.