My location
Get Directions

Proceed through the Priory Churchyard and make your way to the North Gate to the Churchyard at the end of Church Street. 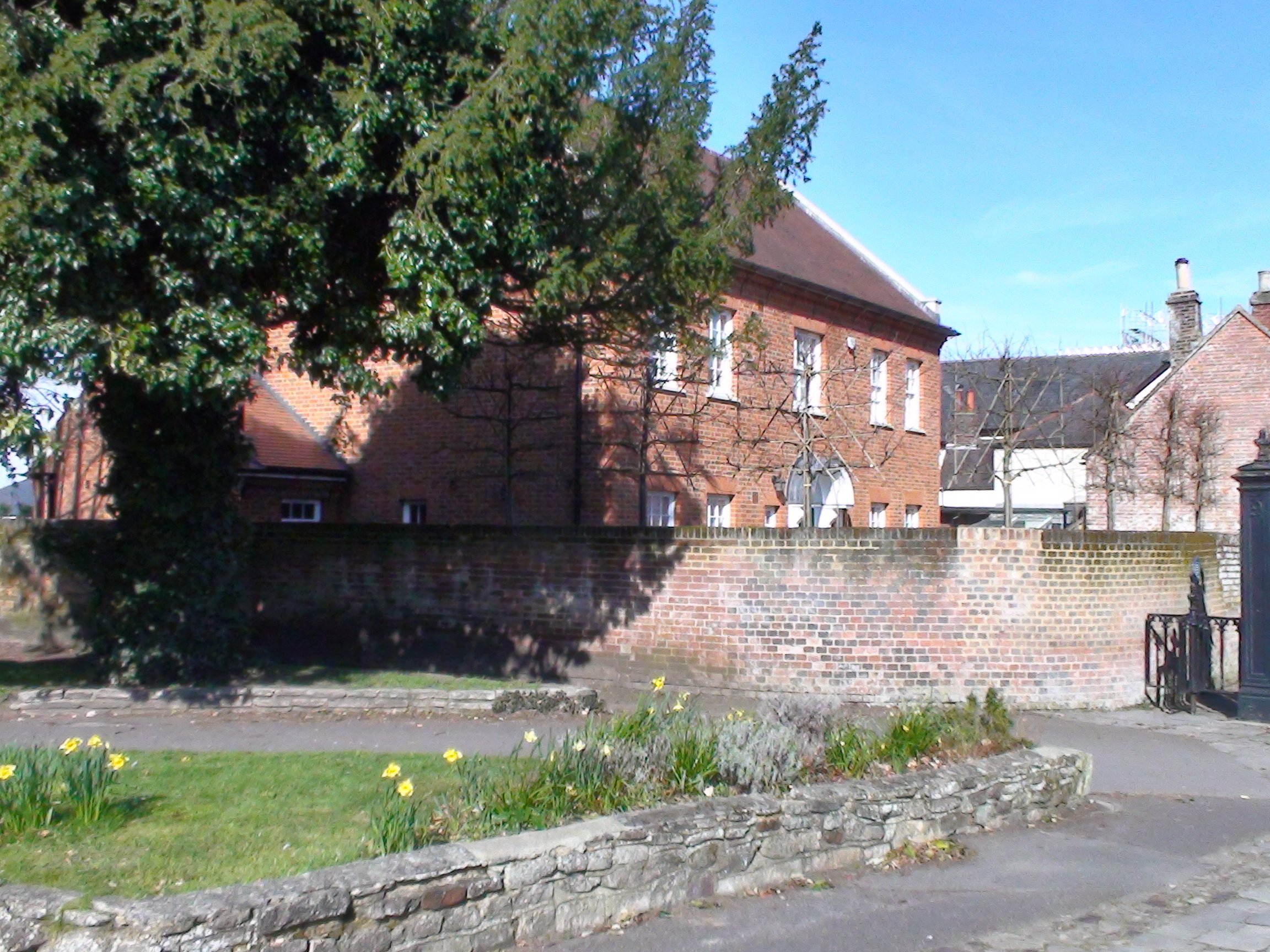 The brick wall on your left shelters the back garden of the vicarage.  It was once the site of the Priory’s own Court House.  This was the court for the manor which the Priory held as opposed to the Manor of Christchurch held by the Lord of the Castle.  The Priory Manor disappeared at the Dissolution of the Monastries in 1540.  The Castle Manor was split in the late eighteenth century and the two Christchurch manors became the property of the Earl of Malmesbury at Hurn and of the Meryck family at Hinton.

On the Christchurch Blue Plaques Millennium Trail Leaflet1 this location is identified as number 28. 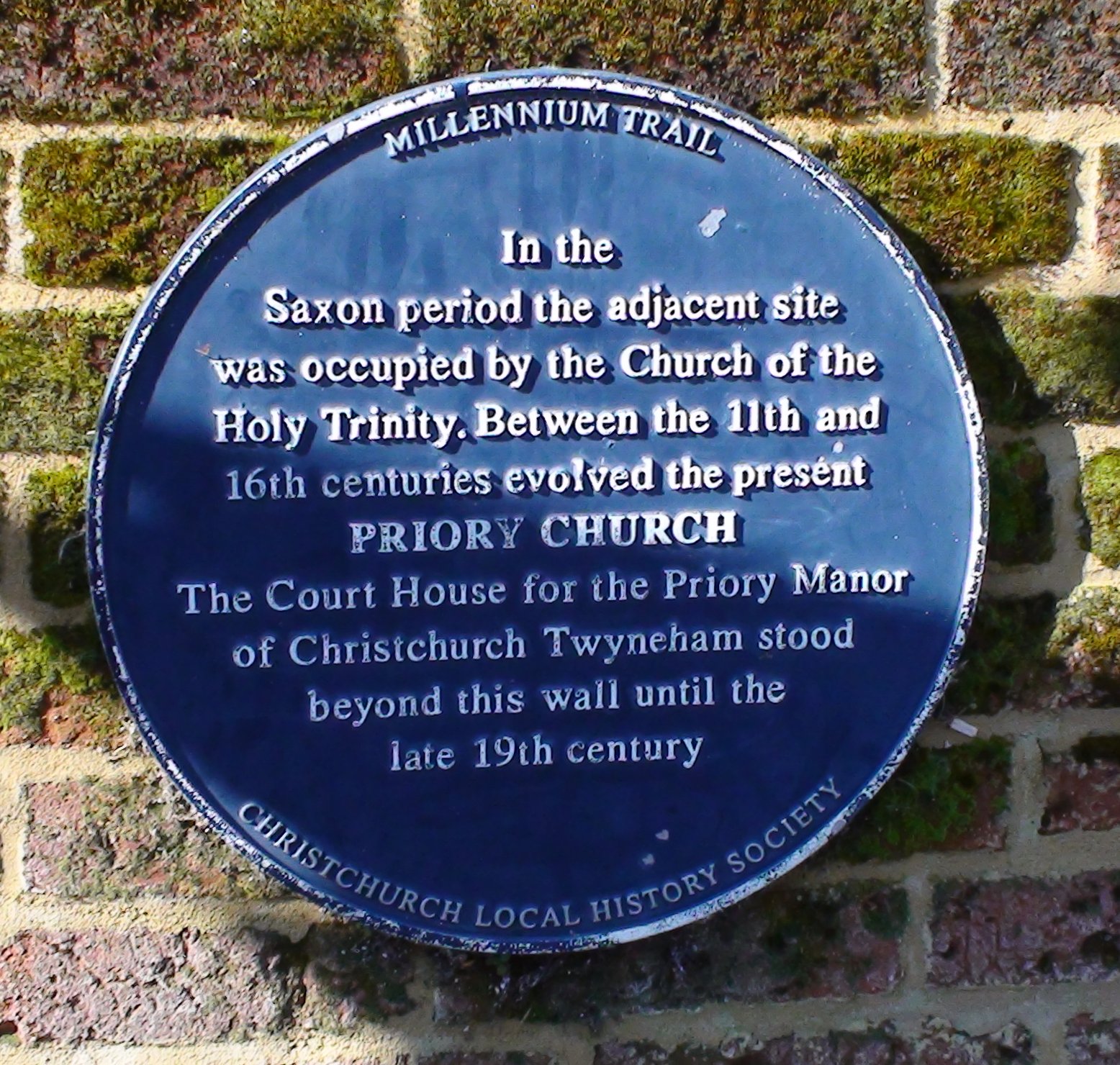 Plaque at location of the Priory Courthouse 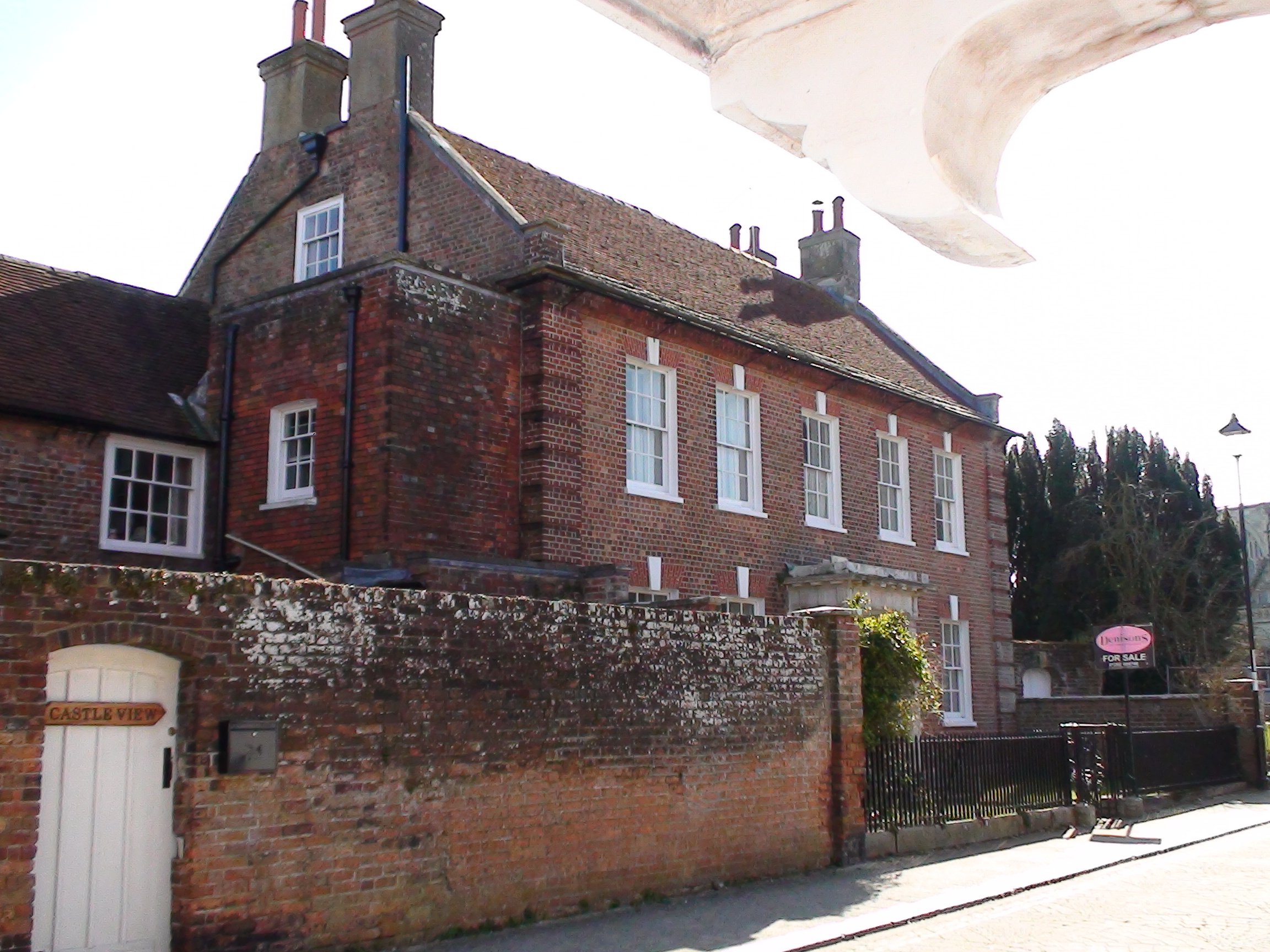 The last house on the right, as you go through the North Gate of Christchurch Priory, in Church Street is Church Hatch.

This is an interesting 18th century house of old brick that was saved for the town by four prominent citizens including the incumbent vicar at the time as it was in danger of being converted to shops and the land developed for housing. It was bought by public subscription and subsequently belonged to the church.   It has had a number of famous residents, from 1865 until 1902 it was in the Woodwark family ownership.    From 1903 to 1909 Major General Sir Owen Burne, veteran of the Crimea and the Indian Mutiny, was the owner of Church Hatch.    Walter Hutchinson, the publisher, lived here from 1932 and installed what was then the only direct line from Christchurch to his London Headquarters.

On the Christchurch Blue Plaques Millennium Trail Leaflet1 this location is identified as number 31 but no Blue Plaque has been erected. 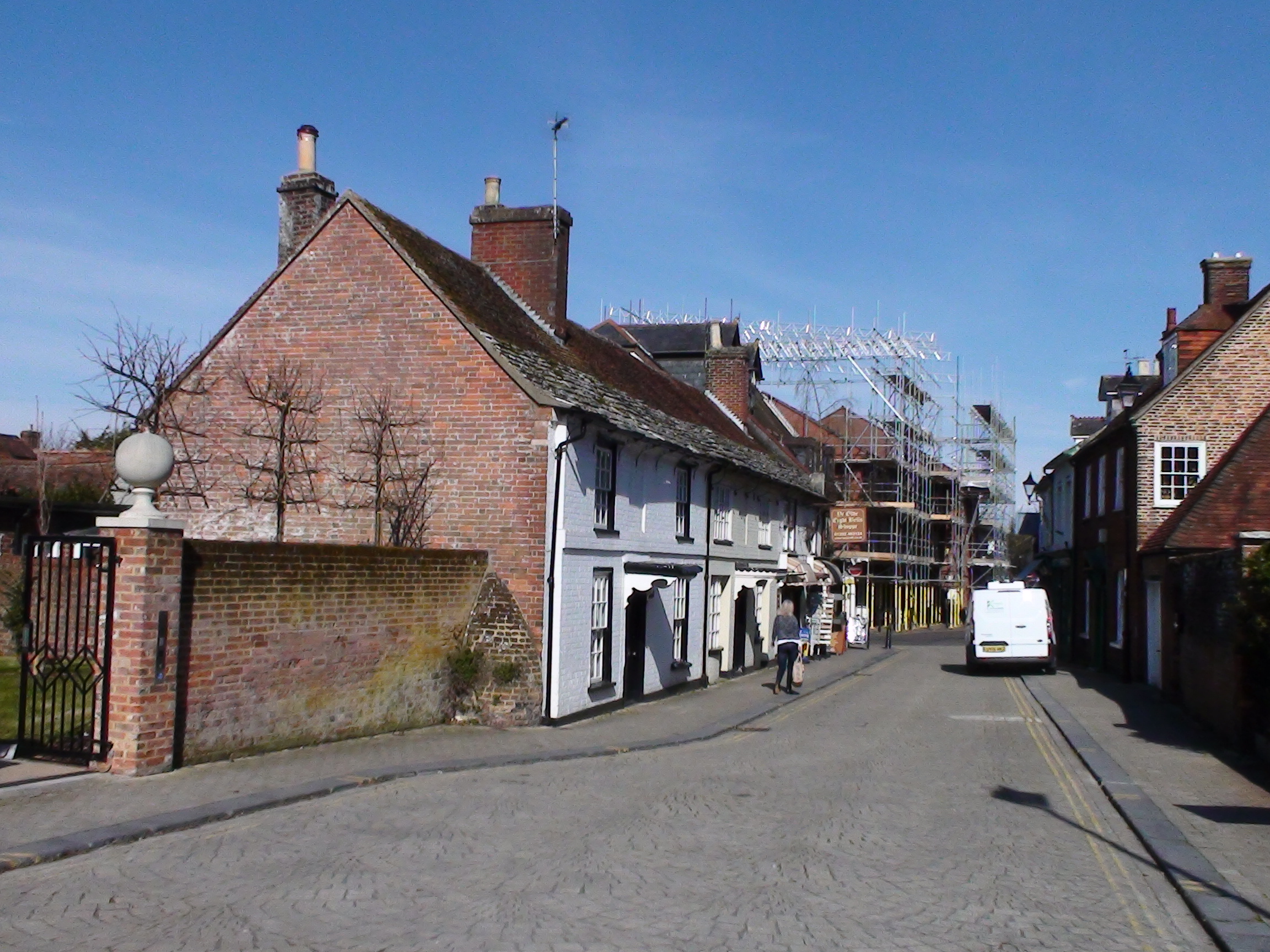 As you go down Church Street on the left hand side is what is now called ‘Ye Olde Eight Bells Shoppe’.  The shop is in the building that once housed the Eight Bells Inn.    This is because the Priory had a peal of seven bells (it now has twelve).

So the Eighth Bell was like the nineteenth hole where campanologists went for a drink after bell ringing.    The Eight Bells was the earliest known inn in the town. The stone-flagged floors inside are worn by the tread of the decades of use.   The Inn closed time in 1907.

On the Christchurch Blue Plaques Millennium Trail Leaflet1 this location is identified as number 27 but no Blue Plaque has been erected. 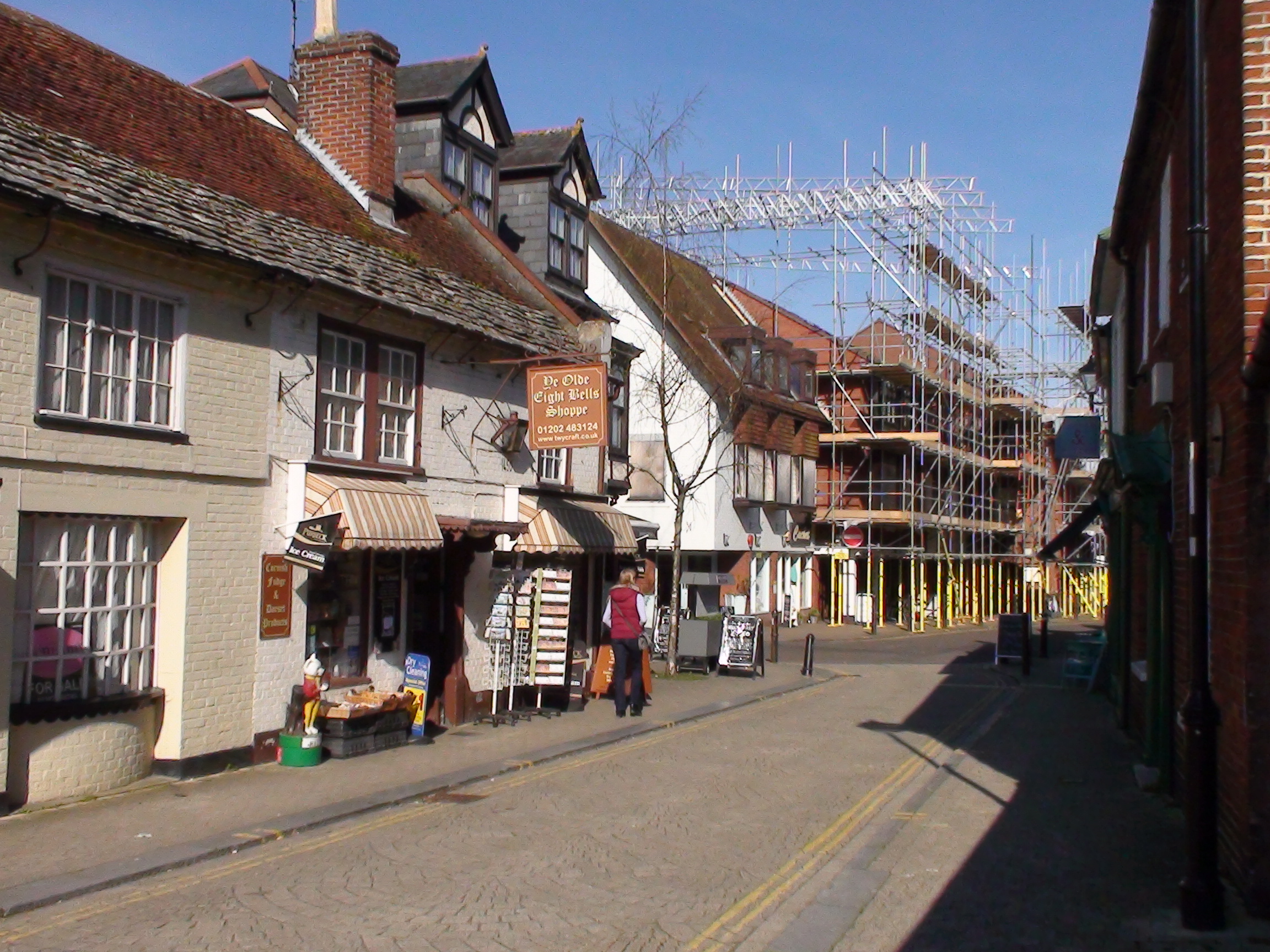